Working & Travelling in London: Stories from a Canadian on a Working Holiday Visa (WHV) 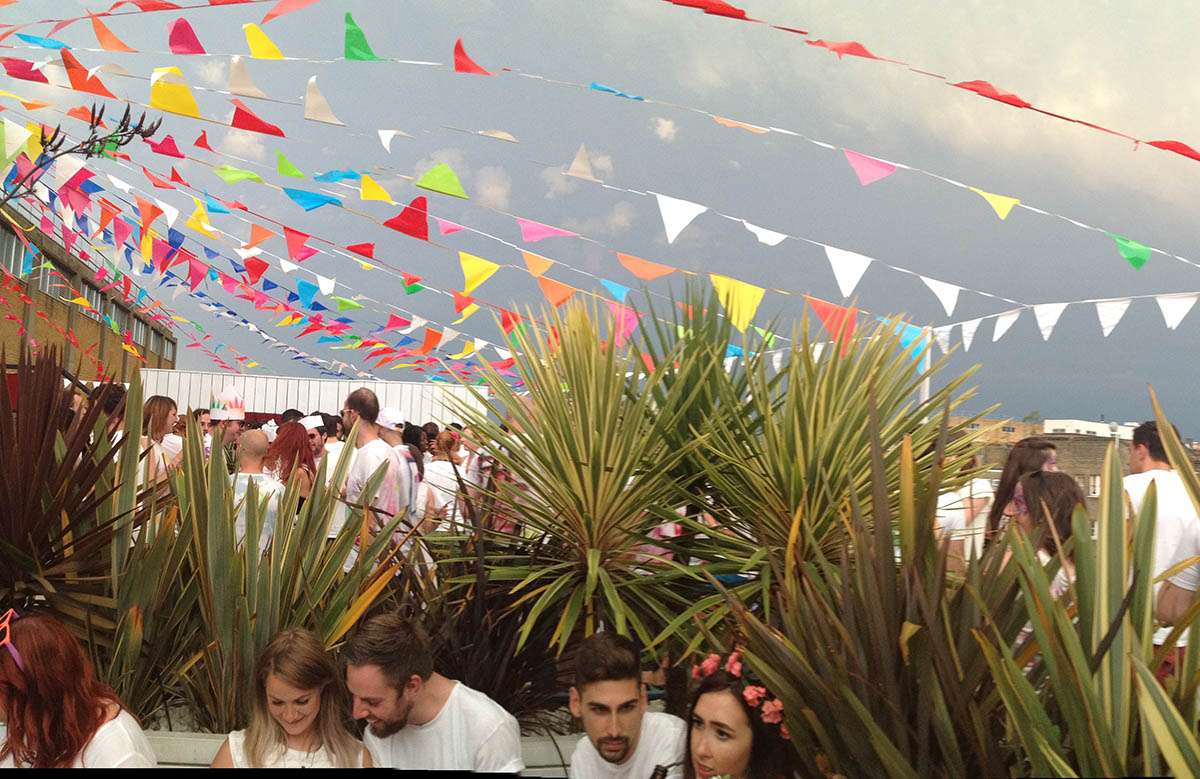 Have you ever dreamed of living in London? Better yet, would you like to live like a true Londoner? Imagine yourself sipping a pint at a local pub, shopping for vintage clothes or enjoying some fresh air in Hyde Park. The British capital will charm you with its architecture, double-decker buses, ubiquitous black taxis and countless museums. If thinking about it gets you excited, you should know that Canadians between the ages of 18 and 30 can get a Working Holiday Visa (WHV) to stay and work for up to 24 months in the U.K. To give you a taste of what awaits you, Chantal shares her two-year experience in London during a WHV.

What Drove You to Apply for a Working Holiday Visa in the U.K.?

It was primarily the desire to travel that led me to consider a WHV.

I like travelling, but two weeks of vacation a year didn’t give me enough freedom. I also wanted to continue working—I had an impressive resume and wanted to look for the same type of job I had in Montréal. It was an opportunity to learn how to do my job differently while improving my English.

How Did Your Family and Friends React to Your Decision to Work and Travel in the U.K.?

The initial reactions I received were mixed. I was well established in Montréal, had completed my university degree six years prior and was working in my field, but I chose to leave nonetheless. My travelling friends all enjoyed listing the places I needed to visit. My family thought it was just a phase, but when they realized that my plans were well thought out and organized, I gained their support. Some even found my decision to be inspiring. Some thought my decision was risky, pushing me to plan my departure more thoroughly.

Why Did You Choose the U.K. as a Destination for Your WHV?

London was an easy choice. I wanted to live in a big city that would be a good base for other adventures.

I was also looking for a place that would allow me to continue working in a business language that I had mastered.

Did You Save Some Money Before Leaving? How Much?

I had put away $5,000 before leaving, but I had also applied for a line of credit in case of emergencies.

What Are the First Things You Did When You Arrived in the U.K.?

I was on a mission: I had to find a job and a place to live. My first few weeks were filled with interviews, apartment visits and new encounters that turned into friendships. I was also travelling to a new city with no return ticket, so I took the time to explore the different neighbourhoods at my own pace.

What Steps Did You Take to Find a Job?

Before leaving, I picked the brain of a former colleague who had been living there for five years. I quickly spotted websites and recruitment agencies for jobs in my field. I made Skype appointments with recruiters and set up interviews in my first week.

Stroke of luck: Four days after my arrival, I was offered an initial contract. I stayed there for eight months.

In Montréal, the best way to find a job is to have direct contact with the company that’s hiring. Positions are not always posted; more often, it’s by word of mouth. In London, I discovered a very specialized and highly organized recruitment network. The jobs are posted by these intermediaries. Fortunately, work visas are very common, so it did not discourage employers who had to fill contractual positions.

What Work Experience Did You Have During Your WHV?

During the term of my visa, I had four contracts with various advertising agencies: two long-term contracts (8-12 months), and two contracts of fewer than two months each. Upon starting my first contract, I had to adapt quickly to their way of working. The vocabulary used in London was not what I was used to. I quickly realized that I was not the only expat in the company and that at least 25% of my colleagues were not of British origin. My colleagues had come from Australia, New Zealand, South Africa, France, Belgium, Turkey, Canada, the United States, Algeria and Ghana.

Would You Say That the Money Earned During Your WHV Was Enough to Cover Your Cost of Living?

I got by, but the cost of living in London is indeed high, especially the cost of housing and transportation. On the other hand, trips to other countries throughout Europe were very affordable, so I was able to make several short trips less than a three-hour flight away.

Where Did You Travel in the U.K. During Your Working Holiday Visa and What Was Your Favourite Place?

I mainly stayed in London. I used the weekends to explore the different neighbourhoods around my new city.

In the summer, if I wanted a weekend at the beach, I jumped on the train bound for Brighton; in winter, Barcelona was under two hours by plane. It doesn’t get any better than that!

Share an Anecdote or Travel Story From Your Experience in the U.K.:

I was particularly amazed by the pace of the city. During the week, everything goes by very quickly: people are in a hurry, and the speed can be faster than in Montréal. Funny story: I had to learn to pass people on the left side of the sidewalk: the British walk like they drive. The problem now is that I still haven’t managed to get rid of this habit. London is also full of contrasts. The commercial streets and big tourist centres aren’t relaxing, but as soon as you wander to side streets, you discover a neighbourhood life with blooming pubs, small parks and street food.

What Was the Most Rewarding Part of Your Stay Abroad?

The most rewarding part was living in a cosmopolitan city and meeting people from all over the world. For foodies, two years in London means two years of being able to taste cuisines from every corner of the world.

Did You Visit Other Countries During Your WHV?

Indeed! During my stay in the U.K., I visited France, Spain (Barcelona), Portugal, Denmark, Russia, Morocco, Croatia, Belgium and the Netherlands.

You may also like: Working and Travelling in Germany: Stories From a Canadian on a Working Holiday Visa (WHV)

Did You Return Home With Savings or Debts?

After two years, I came back with some savings, but mostly with a lot of memories.

What Advice Would You Give to Someone Who Would Like to Get a Working Holiday Visa for the U.K.?

If this is your first WHV, talk to others who have been there on a WHV. It’s a good way to build contacts and get advice before you go. Prepare a list, because moving takes a little more planning than a backpacking trip. If you choose London, don’t forget to start your apartment searches in advance. If London isn’t your target, why not Bristol or Liverpool?

Make your dream of working and travelling in London come true. Head over to International Experience Canada’s website to find out about the 30+ countries/territories where you can apply for a Working Holiday Visa as a Canadian.

Transgender Travel: How to Make the Most of Your Working Holiday Visa

Working Holiday Visa in Scotland: What Canadians Need to Know

How Do I Get a Working Holiday Visa for Portugal?