Why Visit the Magical Komodo Island?

Are you a traveler in love with nature, one that cannot simply wait for his next trip? Then, we’re on the same boat here. Traveling sure is fulfilling and fun. You get to see new places and experience different cultures and ways of life. You also get to see some things that you couldn’t even imagine existed, such as a pink beach. But, guess what? It’s not a fairytale, it’s real and you can visit this pink paradise if you decide to go to Indonesia!

We will present to you one of the top locations to visit in Indonesia and is the home to the mesmerizing pink beach –  the Komodo island. It is a magical place, definitely worth visiting! So if you’ve decided to go or are still thinking about whether it is the right decision destination-wise, we have prepared the details for you! Let’s take a look at what makes Komodo so special that it should be on the top of your bucket list!

With over 17.000 islands, you really need to be picky with your traveling list. You cannot possibly visit them all, but there are a few of them that you mustn’t exclude. Komodo island is one of them.

Indonesia is an island country that has diversity in languages, religions, traditions, and ways of life. You can see that from the moment you set your foot on the ground. But, even though the people there are so different from each other, they are very friendly and they help each other out, cooperate together, and make the place even more welcoming.

In Indonesia, you can visit temples, waterfalls, volcanoes, and you can go hiking, snorkeling, diving, surfing, even living and working with the locals. There is so much to do there, that even a week wouldn’t be enough for you.

Out of 17.000 islands, what makes Komodo island so different from the rest? Well, many things in fact. We’ll mention some of them in the following. But first, a little bit of geography.

Komodo Island is part of the Lesser Sunda chain of islands and it’s also a part of the Komodo National Park. The island actually is situated right next to Flores and it’s incredibly well-known as the home of the Komodo dragon and as a great diving location.

The Komodo dragon is actually the largest known living lizard that originally resides in Komodo. It grows to around 3 meters, weighing about 70 kilos. It’s bigger than a man, and around his weight. They are predators that hunt their food. Usually, that’s birds, mammals, and invertebrates.

It is reported that their bite is venomous, and when it bites into the flesh it coagulates the blood. What separates them from other predators is that they naturally hunt in groups. Every year they hatch around 20 eggs, and that’s how new Komodo lizards come to this world. They are listed as endangered species, and that is why the Komodo National Park has some strict rules and does everything in its power to protect them from going extinct. They are also protected by Indonesian law.

Onto the second thing that makes Komodo island famous and different. The pink beach actually makes the island like it’s from a fiction book. But, it really does exist. The beach is called Pantai Merah.

Seeing the rose-colored sand and the crystal clear, blue water is a breathtaking view. The beach is one of the seven in the world. The sand has a unique color because of the presence of microscopic residents, referred to as Foraminifera. They produce a red pigment that blends with the white sand, making it a stunning shade of pink. Tourists really appreciate this view, but photographers actually dream of being there and taking some astonishing photos. 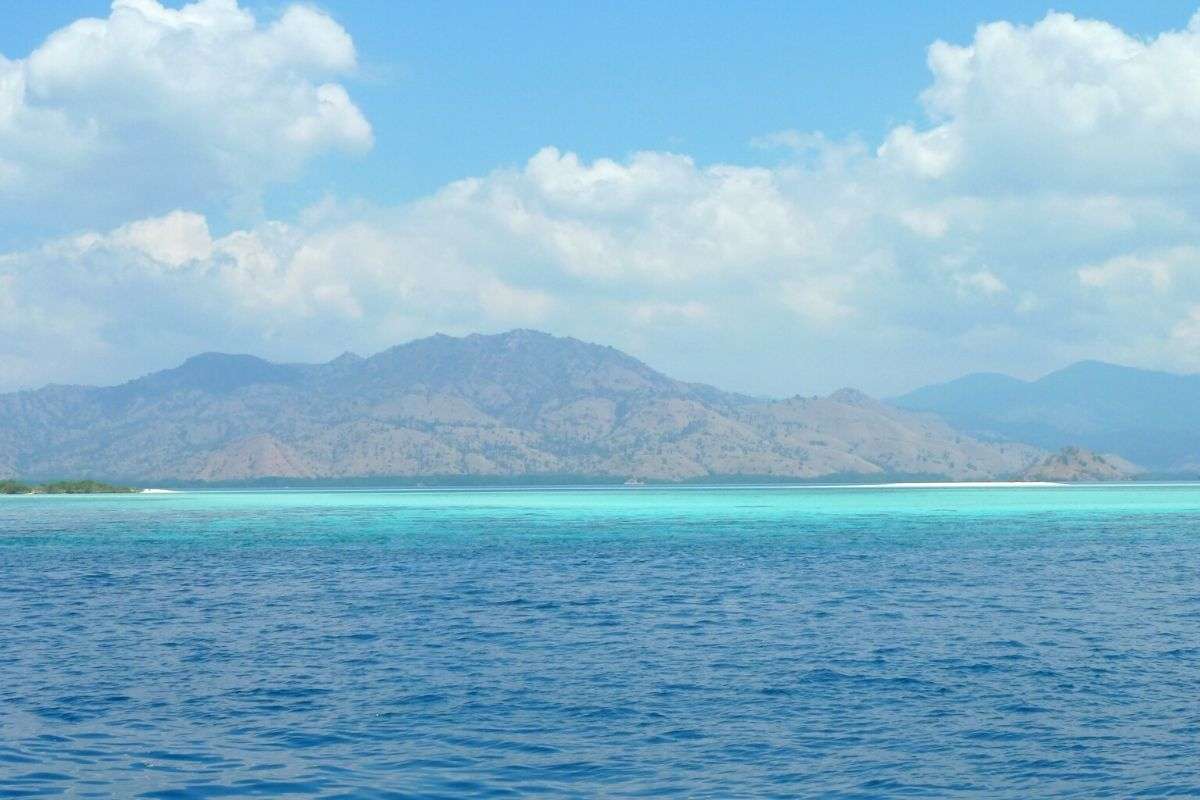 We’ve previously mentioned that Komodo island is actually the perfect diving location. That is quite true because the waters that surround the whole island are the perfect depth for snorkeling and beginner diving.

They aren’t too deep, so a person that can do basic swimming shouldn’t worry a bit. Those who don’t know how to swim well can also have fun closer to the shore, where they can touch the bottom with their feet. Those who want to snorkel will have the opportunity to see the mesmerizing marine life at Komodo.

When and how to visit?

The Komodo island has one out of seven pink beaches in the world. It’s also the home of a species that can soon go extinct– the Komodo dragon. We should visit the island, but also take care not to harm it in any way possible, not its nature, nor its wildlife.

Bali: 5 Things to Know for Your First Visit

How to Stay Healthy and Fit Before, During, and After Travelling