20 Movies That Will Make You Want to Travel to Asia

Ahh, the promise of a trip! We are all waiting (a little, a lot, passionately!) for the moment when it will be possible to travel without danger. Your loved ones know that you are chomping at the bit to get away! Perhaps you have already travelled to Asia? Or maybe you dream of being a hardcore Southeast Asian backpacker? Whether you are a regular subscriber or a newbie to the charms of Asia, now is the time to immerse yourself in the culture and captivating scenery!

To pass the time until your next trip, here is a list of 20 films that will make you want to travel to Asia after COVID-19.

In this crazy adventure story, three brothers decide to cross India by train to recreate the bond they had before their father died. It’s a comedy film that deals with spirituality in the settings of India.

Set in the very luxurious city of Singapore, the story follows Rachel Chu, a Chinese woman born in the United States who travels for the first time with her boyfriend for a friend’s wedding. Once in Singapore, she discovers that her boyfriend’s family is one of the richest in the city, and a clash of cultures ensues.

Eat Pray Love is a cult film for foodies and Julia Robert’s fans, adapted from a novel by the same name. Stuck at a crossroad, Liz Gilbert decides to step out of her comfort zone and take a year for herself. Her spiritual journey begins in Italy, continues in India and ends in the magnificent landscapes of Bali. You will definitely want to go on a bike ride in Bali after watching this movie!

The madness of The Hangover continues in the sequel, where this time, it is Stu who gets married in Thailand. The trio meets again in the morning without knowing what has happened in the last hours. Through the streets of Bangkok, the group once again crosses a series of incredible adventures that will certainly elicit one or two giggles!

Set in a remote village in the mountains of Tibet, this film is as much a work of art as it is cinematography genius. In this wisdom-filled adventure story, the harsh arid conditions of the Himalayas juxtapose the beauty of Tibetan culture, giving us insight into how true leaders come to be.

After a terrible storm destroys his ship, a teenager finds himself stranded on a boat with a Bengal tiger. The film follows a series of adventures on the open sea where the boy’s courage and hope are tested. We all fall in love with the landscapes of India and the vast beauty of the ocean, but personally, I would rather live with my cat than a massive wild tiger!

We can’t get enough of the limestone cliffs and turquoise waters of southwest Thailand! Leonardo DiCaprio showcases this Southeast Asian country to you in all its splendour. And how can we not like the sight of a young and handsome shirtless Leo? Featuring a backpacker’s quest to go the non-tourist route, it is the quintessential movie for travellers in their 20s and 30s.

If you’ve always wanted to visit Ta Keo of the Angkor archeological site, we bet it’s probably because of this film! Shot in Siberia, but mainly in Cambodia, it covers the perilous journey of a curious and determined archeologist. Your desire for adventure and travel may peak after watching (or re-watching!) this film!

Set in India, this romantic comedy presents the culture and traditions of marriage in all its forms. After catching a glimpse of the drama, the celebrations, the music and the people, you will definitely want to fly to India to take part!

In this very touching documentary, we follow the story of a retired French couple who decided to build a school and a training center for the children working in a dump in Cambodia. Thanks to their dedication, more than 10,000 children no longer have to live and eat in garbage dumps.

Adopted by Australians as a child, a man returns to India in the hope of reuniting with his family and roots. Inspired by a true story, this quest, led by the boy’s memories, takes us on a journey through the streets and landscapes of modern India.

This movie follows the journey of three friends as they discover the magnificent landscapes and pleasures of Malaysia. If it weren’t for the heartbreaking choices the characters have to make, we’d otherwise gush about all the beautiful scenery. Without giving away too much of the story, all we can say is: Don’t do drugs, kids!

This story humorously addresses the topic of a midlife crisis while transporting you to the beautiful city of Tokyo. As much as we don’t envy the main characters’ angst, we feel a burning desire to go and get lost in the streets of Japan’s capital. 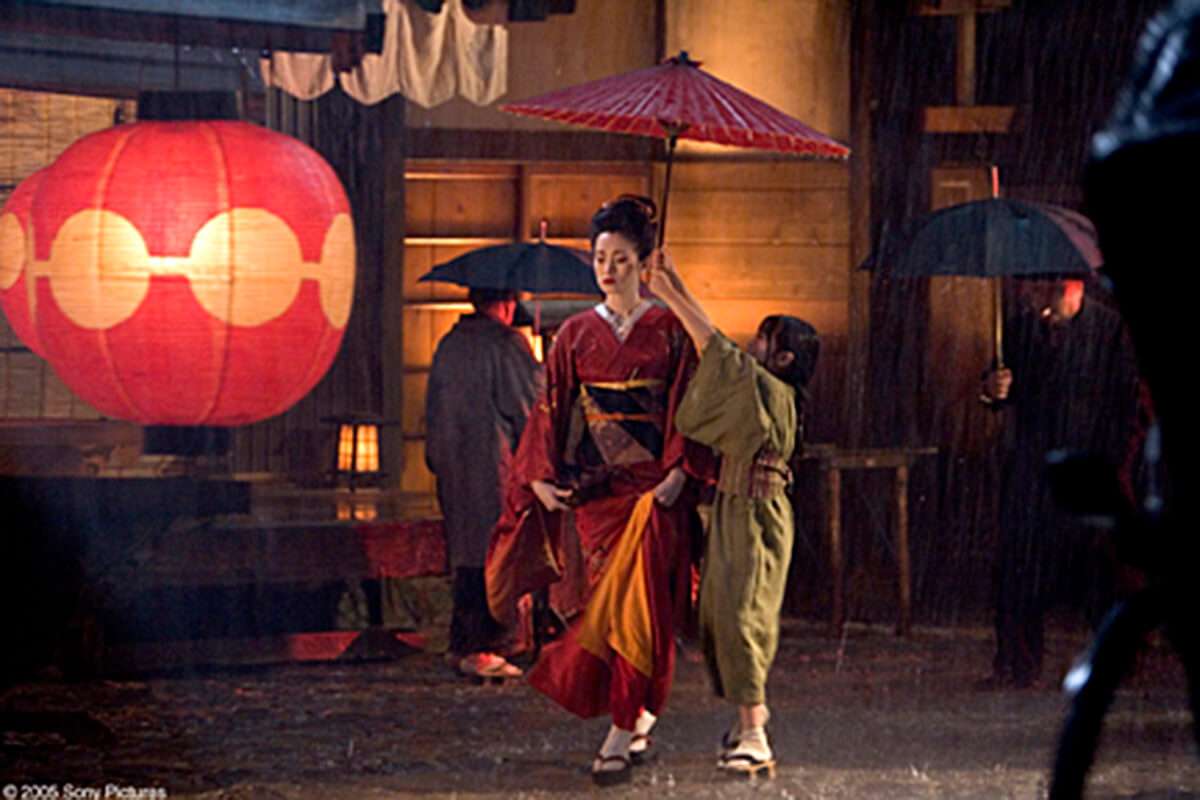 Welcome to Japan! Through the eyes of Chiyo, a young Japanese woman sold to a geisha housekeeper, we discover a fascinating culture and the whole (sometimes dark) universe of what it means to be a geisha. Allow yourself to be immersed in the music, history and art of this complex and beautiful country.

The beauty of Indonesia is clearly the star of this movie! Filmed largely in Banyumas, in the province of Central Java, the story follows two teenagers as they fall in love in the late 1950s.

Seven Years in Tibet is a movie for adventure lovers! Based on a true story, this film starring Brad Pitt introduces us to the complexities of the Himalayas. We love this movie so much that we already mentioned it on another movie list. If you want to learn more, we suggest you go read about our adventures in Nepal.

Here’s another film about India, because we know this country’s culture and exoticism is fascinating! The story provides a real reality check for the problems of poverty in the country. Whether or not it makes you want to jump on a plane to India, you can’t ignore the amazing Bollywood dance number at the end!

In the Indonesian forest, a demon pursues members of an expedition group while they are researching an endangered leopard. The film is full of suspense and is perfect for horror film lovers looking to get lost in the heart of a tropical forest.

19. All the Beauty of the World

In this French film, the focus is on Indonesia and Thailand. A recent widow named Tina travels with Franck as her guide. It turns out Franck is madly in love with her, and together they regain a taste for life. The rice field landscapes, alluring seaside and winding paths will probably fuel your travel dreams for a while!

Another India movie! You either love or hate visiting this country. In search of inspiration for his next film, a composer (hello, Jean Dujardin!) goes to India and meets the wife of the Ambassador of France. A complicated romance sparks and takes a spiritual turn. A new side of India is revealed.

This wraps up our list of 20 films you must watch if you miss travelling to Asia (or need some inspiration to go)!

What movies make you dream of going to Asia?

This article was originally published in French by Catherine Bégin and adapted in English by Britney Claveau.

Britney Claveau
I love take-offs and I'm a fan of any destination near water or the mountains. My favourite trips have been road trips: inhaling fresh air through the Canadian Rockies and sipping tea along the grassy switchback alps of Switzerland on route to fairy tale castles in Germany. I'm not a light packer, but I'm slowly working on my technique. Right now I live out my travel dreams vicariously through writing about them.
RELATED ARTICLES
Travel Tips

VAUDE Mundo Carry-On 38: The Only Backpack You’ll Ever Need [Review]

The Hiker’s Guide to Choosing the Right Trekking Boots

How to Stay Healthy and Fit Before, During, and After Travelling